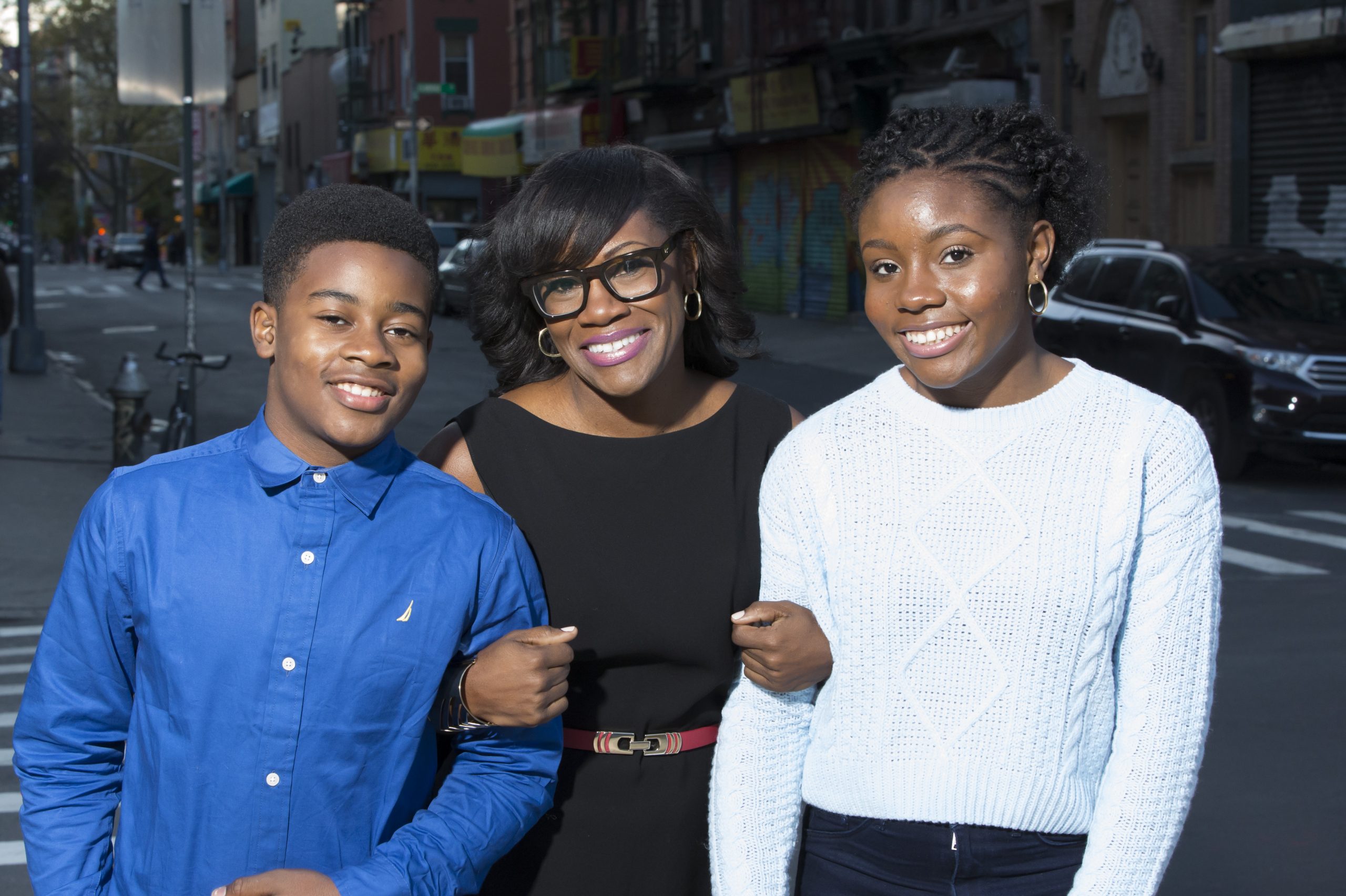 It was the longest walk ever. Entering the double doors to the operating rooms and walking slowly down the cold hallway, the tears just streamed down my place. I had flashbacks of my pregnancy belly, my womb swelling with life. I was walking toward the end of my fertility and the sadness was overwhelming. The very kind nurse, a young woman, said her mother also had to have a hysterectomy and she cried on this same walk too.

I wondered how many women were carrying grief over having their wombs removed but were suffering in silence. As I climbed onto the surgical platform, and looked up into the bright lights, the last thing I remember was saying a prayer to God and a thank you to my uterus for giving me the two best things I’ve ever known—my children.

For the past 2 1/2 years I have been fighting to keep my womb, to avoid this exact walk to the operating room, the lights, the coldness—all of it— trying everything from Eastern medicine, restrictive diets, an IUD and having multiple surgical procedures to deal with the fibroids that just kept growing inside of me.

What’s worse as friends and loved ones saw me trying all sorts of things and still suffering, they just couldn’t understand why I didn’t just have the hysterectomy already.

“You have two children and some women don’t get to have that.” (I understand I am blessed.)

“You’re lucky you didn’t get fibroids until your late 40s.” (Black women have higher rates in their 20s and 30s.)

It came to a point where I just stopped talking about it so I would not be judged. Was I crazy to care so much?

Hospital physician residents threatened me and fear mongering was a common tool whenever I had to be admitted into the hospital. I was scolded that I needed “definitive management”—which was callous-speak for removing my uterus. Definitive management??? Is that the best language modern medicine has to offer?

It was like removing a uterus was akin to removing a finger or a wisdom tooth. You can manage just fine without it. Yes, I may function just fine, but what about my feelings. The devaluation of women’s bodies and the medical establishment’s control over our reproductive organs has left little space for how women actually feel about these things. In fact, many women have adopted this normalization, perhaps as a survival mechanism but certainly as part of social conditioning.

Women are too often told what should matter to them. Whether we are grieving over a loss of a breastfeeding relationship, a pregnancy loss or the loss of our wombs, there is a “remove and replace” or “just get over it” mentality that is dangerous to our bodies, our psyches and our souls. Our grief is not validated. We are silenced into sadness. This is happening across the reproductive spectrum.

But the truth is, keeping my uterus mattered to me. For me, it was connected to my identity as a woman. I grew and nurtured my beautiful children there. I saw my womb as a source of creativity and life energy. And as a Black woman, it was a form of resistance to a medical system that has disproportionately controlled and unnecessarily exterminated Black women’s reproductive organs with no regard. (Black women are three times more likely to have a hysterectomy than white women)

I know the history of eugenics in this country. You will not take mine without a fight.

For me that fight looked like trying everything else first and making sure hysterectomy was the last resort. I tried Eastern medicine and acupuncture—at one point flying out to San Francisco frequently to see a highly recommended reproductive specialist. I had an IUD inserted. I tried restrictive diets. I’ve had a few surgical procedures including embolization and endometrial ablation. But my fibroids were mostly submucosal—which means they were literally embedded in the lining of the uterus and it seemed like nothing helped.

Though fibroids themselves are benign growths, they cause excessive bleeding and for me, 10-12 day periods every month that led to severe anemia. Many times, my period would come twice a month. One day, I remember driving my children to school and being so weak, my head was leaning against the driver side door window and I asked my 16-year old (who had a learners permit and was in Drivers Ed at the time) to help me steer. I dropped them off, drove to the closest ER and ended up being admitted. My hemoglobin count was at 5. A low hemoglobin count is generally defined as less than 13.5.

Later, the ongoing anemia meant rounds of weekly iron infusions, sitting in a room with mostly cancer patients receiving intravenous treatments. It was becoming too much. Balancing my wellness and my perceptions of womanhood, became too much.

And even though I could rationalize that this was the right decision for me. I was still sad. Even though I can look back and feel comfortable that I had tried every other pathway, I am still sad. Losing something that matters to you, even after a fight to save it, is still a loss.

It mattered to me. And right now, I am grieving.

Right now, there is an empty space inside of me literally and emotionally and I am working through it.

I hope one day soon we can have a more meaningful and nuanced conversations about how grief shows up across the reproductive spectrum. So that women don’t feel silenced or shame. Nor should they think that only other women who have had the experience will show up in word and deed to support them. We all need a new language for the losses across the reproductive spectrum. We deserve a medical system and physicians who value our reproductive organs even when they are not being used to do so.

And we all could use more  honest discussions about womanhood and what that really, truly means.

1 thought on “After Hysterectomy: Loving and Losing My Uterus”