HuffPost Opinion: Black Women Have Not Had The Privilege of Rage

10/14/18– The past several weeks have sparked an unprecedented conversation about women’s collective fury in this #MeToo, #WhyIDidntReport and post-Kavanaugh hearings era. Three recent books and a flurry of op-eds, essays and social media energy has everyone talking about rage in a brand new way.

This is good news for women. But what’s been blatantly missing from mainstream dialogue is a nuanced understanding of how rage is perceived by and received from black women ― and whether this alleged new moment in the ongoing liberation of women will actually be an equitable one.

Black women have been furious for decades, and our collective rage hasn’t exactly led to any revolutionary change in our lived experience. Quite the opposite: The “angry black woman” trope is a powerful tool that’s been used to dehumanize and silence black women for decades.

The dangerous stereotype of the black female as an angry, finger-snapping, emasculating, neck-moving, “oh no you didn’t”-spewing being has done deep harm. Our anger has never been viewed as legitimate or warranted due to unfair treatment; instead, it’s been twisted into a pathology.  Read more at HuffPost Opinion. 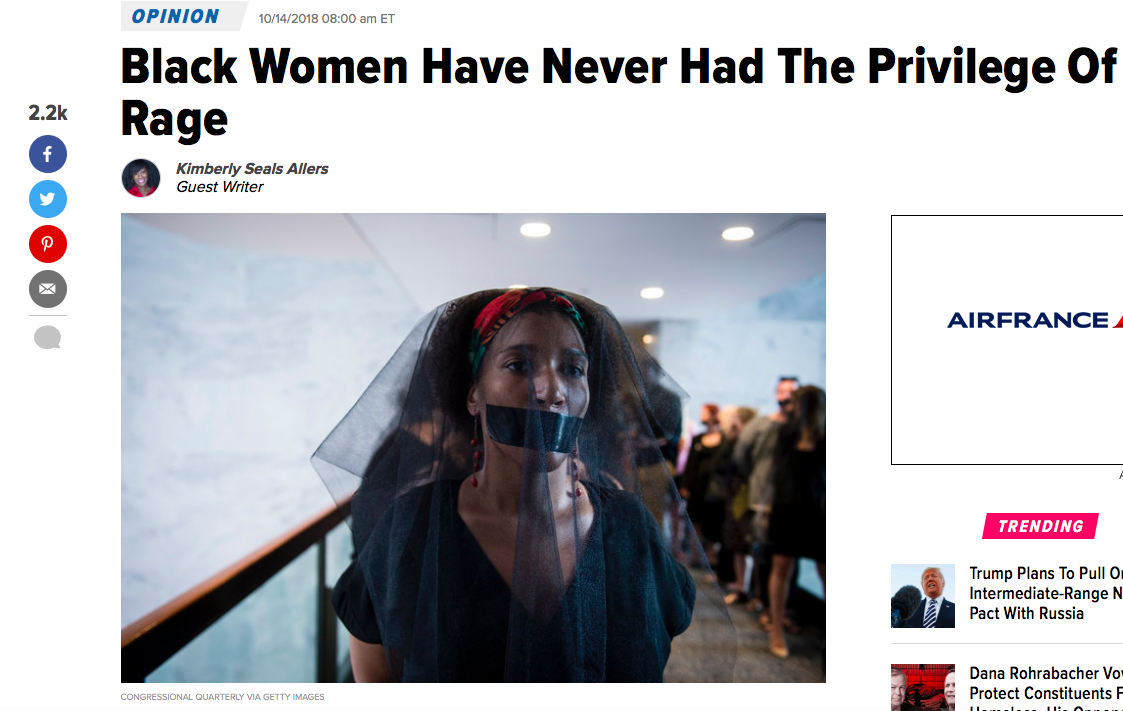