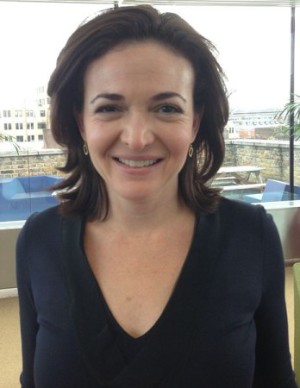 Sheryl Sandberg and the Privilege of Myopia

How wonderful that Facebook executive, Sheryl Sandberg, has decided to now acknowledge that the experience of single mothers is challenging and unique. Last week, on the anniversary of her husband’s death, Sandberg confessed, via Facebook, of course, that when she wrote her best-selling book exhorting women to Lean In, she hadn’t realized how hard that might be for single moms.

While I can appreciate her newfound empathy and insight I, however am more troubled by how someone who made millions of dollars writing a tome to allegedly empower all women, clearly had not considered the experiences of ALL women when writing such a manifesto. How dangerous to write a so-called prescriptive guide for dealing with the very, real problem of women advancing in the workplace and then later admit your research laziness and myopic privilege of not considering the varied life circumstances of all women, when doing so.

Ms. Sandberg, you may be financially successful but you are also phenomenally irresponsible.

“Before, I did not quite get it,” she posted. “Some people felt that I did not spend enough time writing [in my book] about the difficulties women face when they have an unsupportive partner or no partner at all. They were right.”

While, as a single parent myself, I can appreciate Ms. Sandberg’s mea culpa, it is very much too little, too late. It is a gross disservice to women (and feminism) when we exclude the experience of all women while engaging in a so-called quest to help women. Your story is not everyone’s story. And the number of women completely disregarded by Sandberg’s call to action is no small group. According to U.S. Census Bureau, three out of about 12 million single parent families in 2014, more than 80 percent were headed by single mothers. That’s a lot of women, who Sandberg, now says are the original “lean inners.”

In case you don’t know much about Sandberg’s back-story–she has two Harvard degrees and a personal worth just shy of $1 billion. Sandberg was named the fifth most powerful woman in the world by Forbes magazine — all this, in addition to raising two young children in concert with a totally supportive spouse up until his untimely death just over a year ago.

Even after the book’s publication, and others noted Sandberg’s elitist approach to climbing the corporate ladder, Sandberg still did not even then acknowledge the blaring blind spots in her approach. It was only when Sandberg’s own personal circumstances changed that she could conjure up the capacity to consider others. This is not noteworthy or congratulatory. This is cowardly and completely unacceptable. And the repercussions are dangerous.

What is worse than the privilege of her own myopia, is the obvious short-sightedness of the many, many people who were also involved in Sandberg’s book publication and promotion. As an author, I often share my thoughts and actual manuscripts with my close circle of friends for feedback. My agent reads it, my editor reads it and perhaps even my editor’s assistant has weighed in. So it is strange that in the whole process of book writing, editing and publication that no one raised this glaring omission to the point of adding even a sidebar, appendix reference or even a footnote. Is myopia contagious? Or is Sandberg’s circle of influence full of privileged people just like herself who are therefore similarly afflicted? We need an antidote. Stat.

The most important lesson here (there are many) is to consider the viewpoint and experiences of others in everything we do, for the so-called “good of women”—whether that is in healthcare, corporate advancement, breastfeeding support, economic empowerment or reducing disparities—nobody should have the privilege to assume that their experience is universal and defining for all women without being forced to consider an intersectional approach.

No, we can’t live the experience of every woman. But I think we owe it to each other and the sheer significance of the struggle, to at least, consider it. And then hold others accountable for considering it. Even, and perhaps particularly, the COO of Facebook.

1 thought on “Sheryl Sandberg and the Privilege of Myopia”

PrevPrevious PostDogs Do Not Trump Babies: Rising Trend of Paw-ternity Still Leaves U.S. Mothers in Deep Poop
Next PostThe Illusion of 50-50 Parenting & Why It Leads to Let DownNext